Following the signing of the contract by our Lt-AD consortium (NVP Energy, Hydro International and JK Fabrications) and the European Commission, the project officially began on June 1st 2016. A workshop for the Lt-AD project was held in Dublin on July 20th – 21st 2016, representatives from each of the project partners were present. Michael Murray (NVP Energy) the project coordinator kicked off the workshop on July 20th with a short welcome and introduction. The aim of this workshop was to bring together all partners in the consortium for a preliminary review of the Lt-AD project and discuss the first steps in the project. After the first successful workshop in July, another 2-day workshop for the consortium was held on August 23rd -24th 2016, to discuss the project finances and reporting for the months ahead.

Michael Murray the project coordinator and Shane Walsh (NVP Energy) the project manager attended the SME INSTRUMENT INNOVATORS SUMMIT in Brussels on October 10th-11th 2016 hosted by the European Commission. This event brought together over 250 SME’s from all over Europe and 142 investors to initiate the first steps towards the commercialisation of the SME projects.

NVP Energy won the ‘SEAI – Sustainability Energy Award 2016’ on November 3rd, 2016, the award recognises research in the development of new systems, services, products or approaches likely to impact on future demand reduction. This award highlights the research to date carried out on the Lt-AD technology and the potential impact the Lt-AD project could have on industrial wastewater treatment. 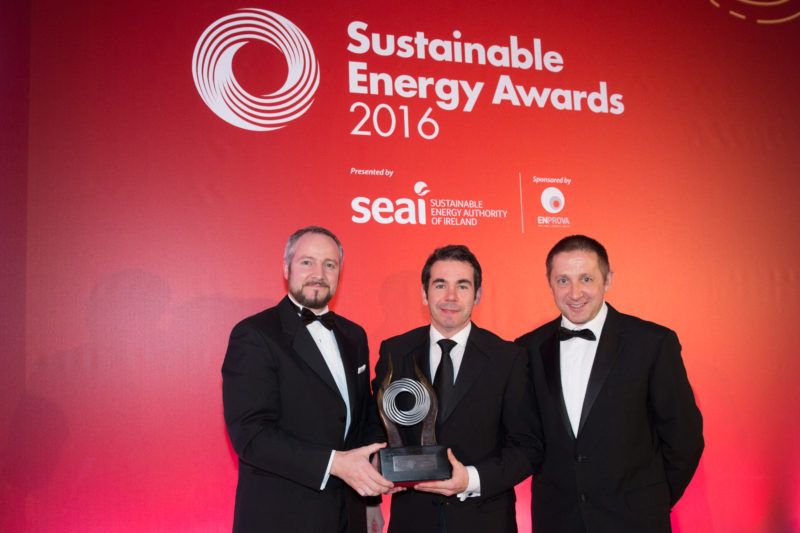 To date the consortium has completed a number of deliverables ahead of the 6 month reporting period;

• Deliverable 6: The process design of the full solution including pre-treatment, Lt-AD Reactor and post treatment has been completed.

o Ground investigations have been completed on site to ensure the civils design.

o The civils design has been completed and some of the civils work has already commenced on site in preparation for the installation stage of the project.

o Much of the outstanding design deals with the orientation and layout of elements of the solution in relation to each other and this exercise is still ongoing.

• Deliverable 7: Generated a bill of materials and supplier quotations.

• Deliverable 20 & 21: A comprehensive Health and Safety Plan and Environmental Impact Assessment for the project

• Deliverable 18: Promotional materials were developed for the attendance at the Horizon 2020 SME Innovators Summit 2016 in Brussels.

Thank you for subscribing to Lt-AD. Oops! You missed some required fields. Please fill in all required fields before clicking the subscribe button. Oops! Your message failed to send please try again later or email/call us.